We as SinerjiPro, the Hightechnic team, are proud of being the Facility Operation of the Baku Congress Center.

The contract regarding the Technical Operation of the Baku Congress Center was signed between Baku Convention Center Administration and SinerjiPro.

Technical operation of Baku Congress Center is done by Hightechnic on behalf of SinerjiPro Group.

Since the beginning of 2018 with our professional team; We are managing the operation of the building successfully, providing all kinds of opportunities in customer satisfaction, by continuously improving ourselves with high self-sacrifice in the fields of Electric, Mechanical systems, Multimedia systems, Building management systems as operational and maintenance.

During this period, we hosted many events, and we provided our support with our technical team to ensure that the events were completed successfully.

Between March 03-06, 2018, the Baku Convention Center hosted the 18th Mid-Term Ministerial of the Non-Aligned Movement, attended by 120member countries and 18 observer countries.

The congresses to be held in April 2018 and international concerts in May, will host.

The success of our Operations Team i make us proud. 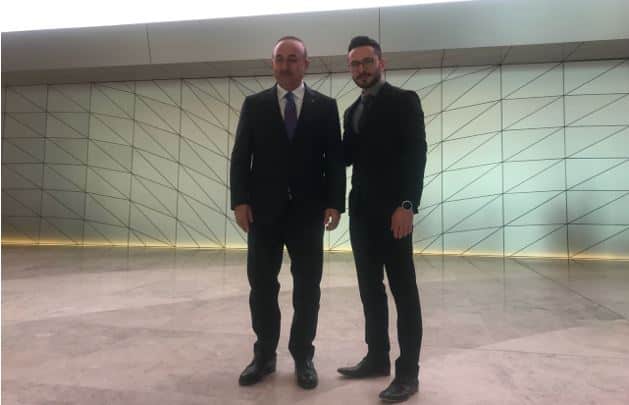 CCB O&M Manager Yasin Şatır with Turkey’s Foreign Minister Mevlut Cavusoglu: When the information; about the construction and operation of the building is performed by Turkish Companies, given to the minister, is by a Turkish company: He told us that he is very proud and convey greeting to our esteemed Chairman of Board of Directors Ufuk Aydin Bey.

A conversation between our O&M Manager and Foreign Minister Mevlut Cavusoglu.

A working snapshot of the 18th Mid-Term Ministerial meeting of the Non-Aligned Movement. 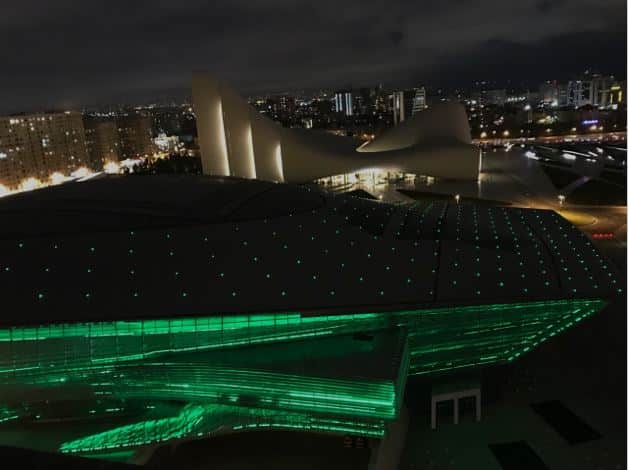 Night view of the Convention Center 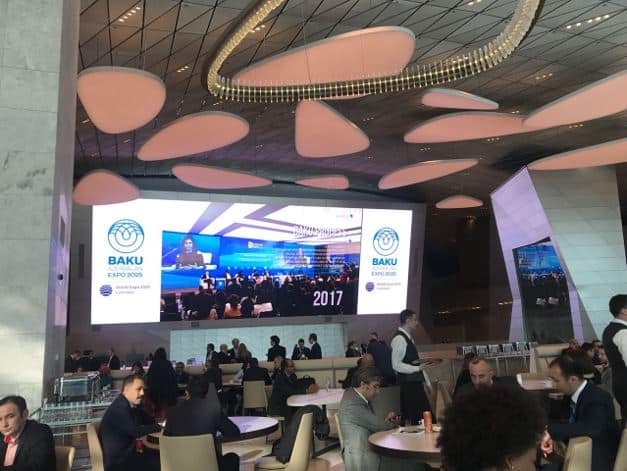 A snapshot from the Convention Center 2nd floor Café

A snapshot from President Ilham Aliyev’s talk at the meeting

A snapshot from President Ilham Aliyev’s talk at the meeting with Minister of Finance. 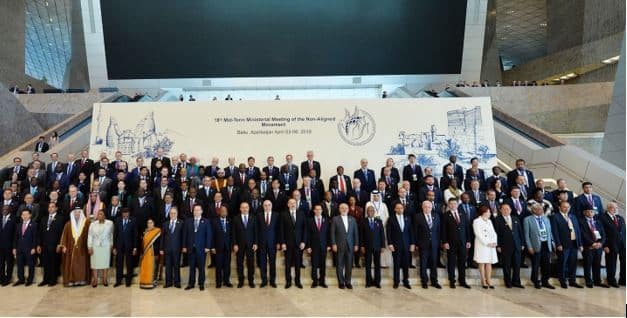